After meeting for a JCP EC F2F / EG F2F for the last time (because the EG officially no longer exists after JSR 363 went final), Leonardo, Otavio and Werner presented JSR 363 during a JavaOne BOF (BOF5981) on Sep 19th, right before the annual JCP Party.

Like Adam Bien the year before Werner won a JCP Award but could not receive it right away at the JCP Party because of the BOF. 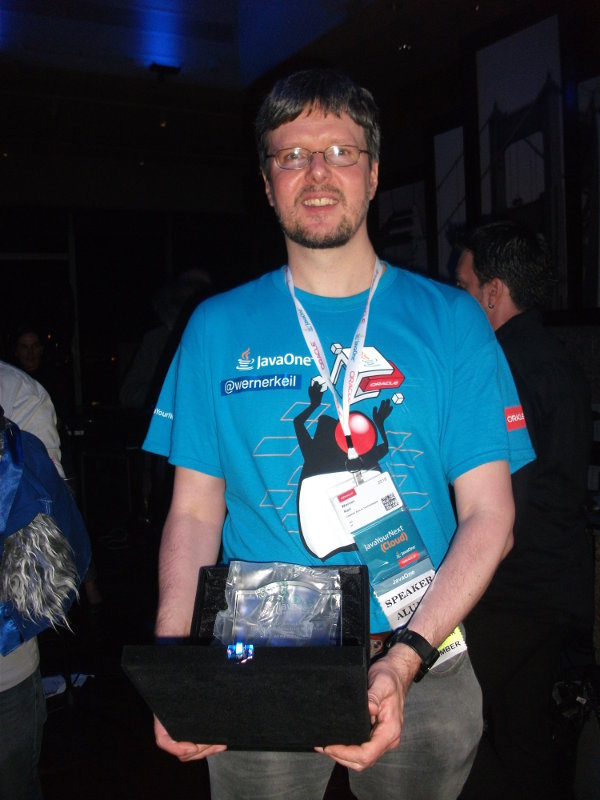 Following the JCP Award Otavio won as Outstanding Adopt-a-JSR Participant 2014 and the Most Significant JSR Award 2015 this was the 3rd JCP Award in a row either the JSR 363 Expert Group or one of its members had won :-)

Leo gave another presentation on IoT standards at JavaOne 2016